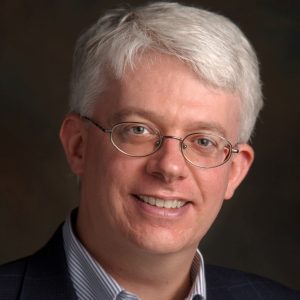 Montreal, Toronto and Vancouver, and their surrounding suburbs, present Canada’s best opportunity to launch a post-carbon mobility transition.  This is because they already contain a backbone of electric mobility infrastructure (e.g., metro, streetcar, and electric trolley bus) that accommodate more than half of passenger trips to and from the urban core.  They also feature a level of density and mixed use urban development that facilitates non-motorised travel over shorter distances (e.g., walking within a 2 kilometre radius and cycling within a 5 kilometre distance).  Reducing, and then eliminating, the role of fossil fuels used in mobility is both necessary and possible for Canada’s three largest cities by 2050.  Such a transition would need to be facilitated by municipal, provincial and federal government policy initiatives which accelerate the expansion of electric mobility infrastructure and encourage the reorganization of shared mobility alternatives to the fossil-fueled automobile.

This presentation will assess the legacy of urban mobility infrastructure development in Montreal, Toronto and Vancouver to identify each city’s point of departure for a post-carbon mobility transition. Options for expanding electric mobility infrastructure will be considered, along with urban development strategies that encourage accessibility by nonmotorised travel.  Finally, the role of disruptive mobility agents from autonomous vehicle producers to ride sharing organisations will be examined. The elements of a transition strategy to post-carbon mobility can each be identified on the horizon, but it remains to be seen whether any or all of Canada’s big cities will seize the opportunity to assemble these pieces into an effective package. The stakes for doing so are considerable, and the ability to initiate such a transition would make a material difference in the future resilience of Canadian cities and suburbs.

His research crosses disciplinary and national boundaries to explore policy decisions made about transportation, cities and the environment. He has published in dozens of scholarly journals. His work has been awarded prizes for outstanding papers presented at the World Conference on Transport Research and the Canadian Transportation Research Forum.

Anthony Perl has advised governments in Australia, Belgium, Canada, France, and the United States on transportation and environmental research and policy development.  He served on the Board of VIA Rail for more than four years. He has served on the Selection Committee of Transport Canada’s Urban Transportation Showcase Program.  He has led the Rail Group of the U.S. Transportation Research Board (TRB), a division of the National Research Council. He has also chaired TRB’s Committee on Intercity Passenger Rail. Perl is a Fellow of the Post-Carbon Institute and Adjunct Professor of Urban Studies at Griffith University, Australia. He is also a member of the Vancouver City Planning Commission.